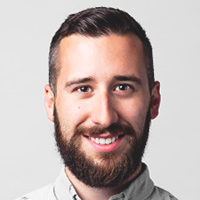 What Are the Differences Between a Fibre, a Cable and an LTE Internet Connection?

Are you wondering which of these mediums to use for your business connectivity needs? The first thing to do is determining your needs and your geographical constraints. Since each company has unique needs, here is a list of the pros and cons of these three technologies to help you with your decision.

OPTICAL FIBRE: AT THE SPEED OF LIGHT

Optical fibre is a cable containing a glass or plastic wire that transmits data through light beams travelling at the speed of light. A true revolution, it is one of the fastest and most reliable ways to quickly transmit data from point A to point B.

NAY (THE CONS)
– Fragility of the cable with regards to mechanical breakage;
– More costly to deploy.

The coaxial cable contains a two-conductor copper wire that transmits digital signals by frequencies. Widely democratized, coaxial cable is the technology that currently has the largest network coverage in North America.

The “Long Term Evolution” network is literally the evolution of old mobile networks. Sometimes marketed under the name 4G, the LTE network uses radio frequency bands to transmit data over the air.

YAY (THE PROS)
– Penetration of distant or difficult to access markets;
– Great portability, thanks to wireless technology;
– Standard compatible with a variety of devices.

Fibrenoire and its team of geeks specialize in connectivity services by dedicated optical fibre . There are some alternatives to fiber-optic connectivity services, such as FTTN (where fibre is first brought into a neighbourhood to a sharing cell – called node – from where the signal will then be redistributed to the different users). This technology has the advantage of being generally more accessible than the dedicated optical fibre.

However, service guarantees and performance differ widely from what we now consider to be the best choice: the dedicated optical fibre (we will not say the opposite!).

If your business requires a stable, efficient and scalable service, dedicated fiber-optic services are a must. 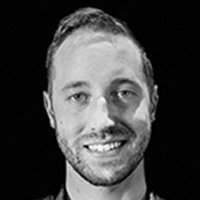 Customer Network Specialist and Part Time Sailor of the Soul

5G in business: an overview